Pop Up Cafe is a collaboration between Glastonbury church groups and musicians to provide a safe space where up and coming musicians can perform on a platform that is suitable for families and young children to attend.

As well as the obligatory roller banner to set up a branding focal point at the temporary venues around the local area, small pop up coffee cups stands were provided to welcome visitors and explain the ethos of the environment in a warm and friendly tone. 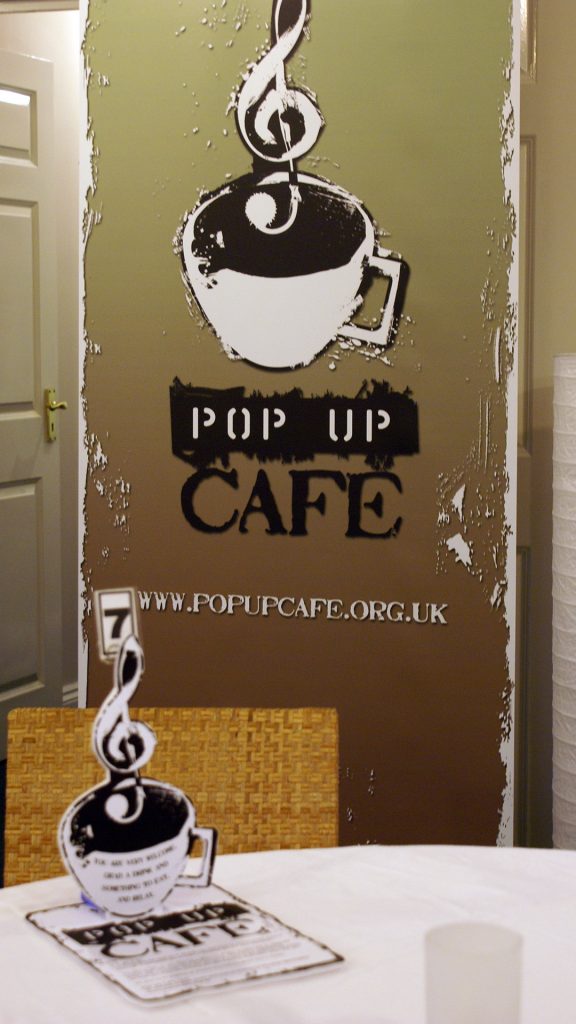 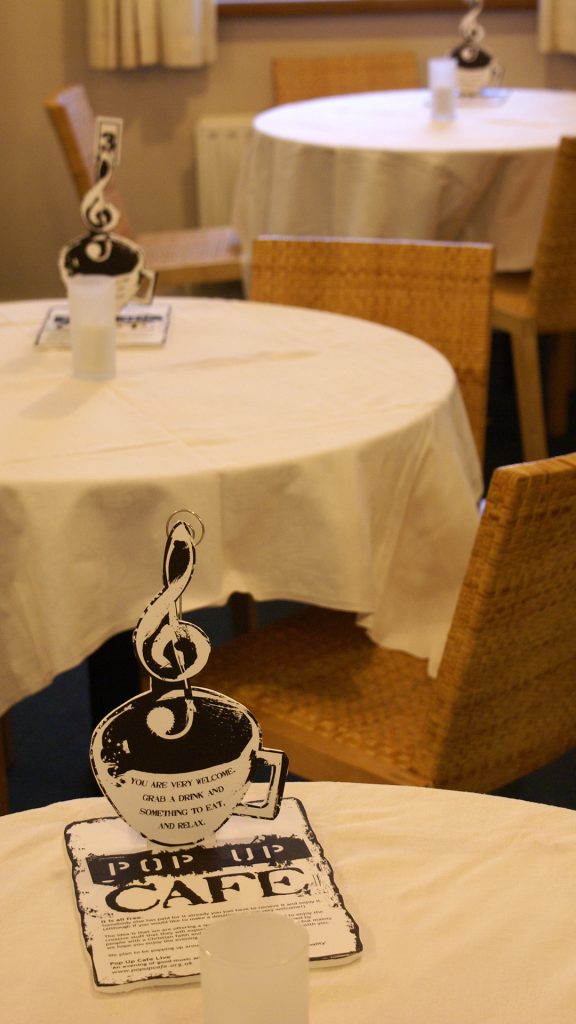 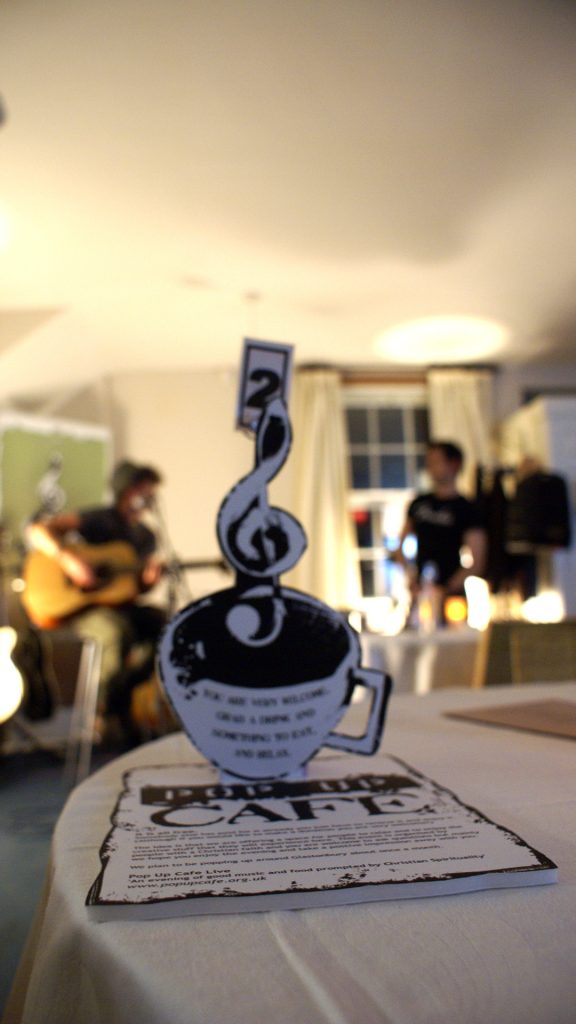